The alternative was to simply drill a hole through the spindle, and I’ve heard many guys say they did it, but I’d love to see in action because there is a strut tube in the way..... the only way I could see this done is by using a spacer in the bottom of the strut and raising up the insert. Again - I’d love to see how it was really done back in the day, maybe someone like she’d some light on this.

But I do agree - the reason I used a T is so the cable would not be outside. However. Wheel spin was excessive, and it certainly made the co-driver life interesting as he needed to account for it.

More great rally 510 pics here (Randy Graves Flickr) from the Press On Regardless in '73 time frame:

There's also several of John Buffum's blue Ford Escort which could very well be the same car he used to compete in the 2.5 Trans Am.
Top

Those are some of the photos included in that McMahon collection that was posted a few days ago on realautosport.com. Lots to go through there!
Top

This odd rig was included in there. Might as well link the thread with the rest of this.
viewtopic.php?t=26071 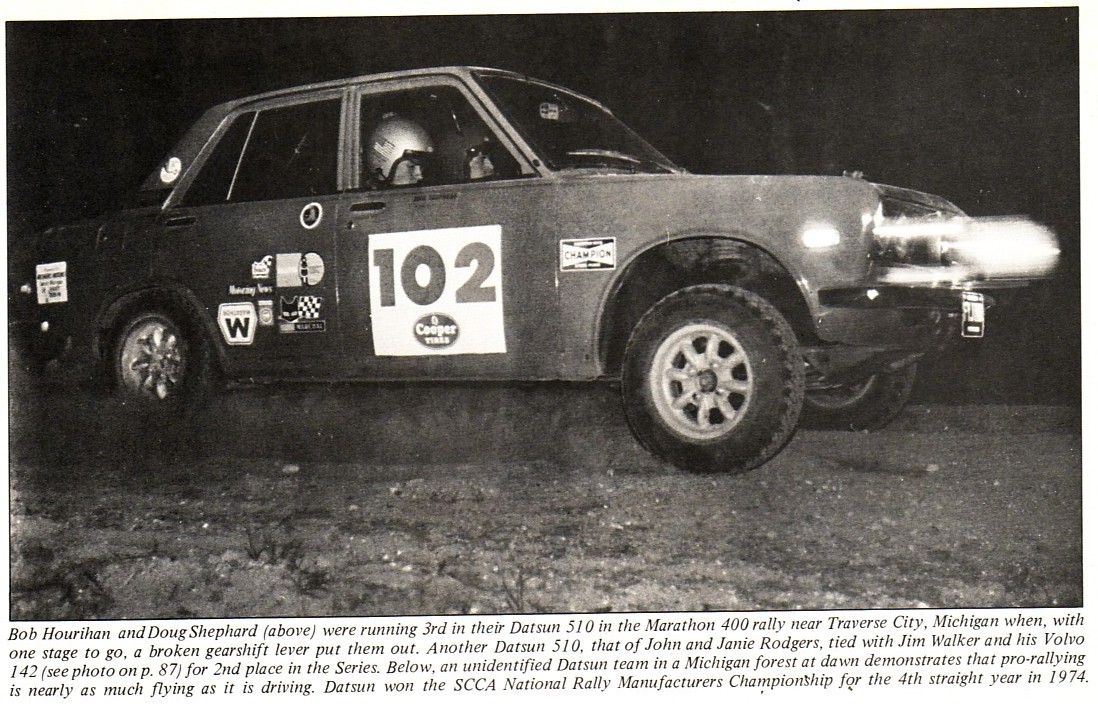 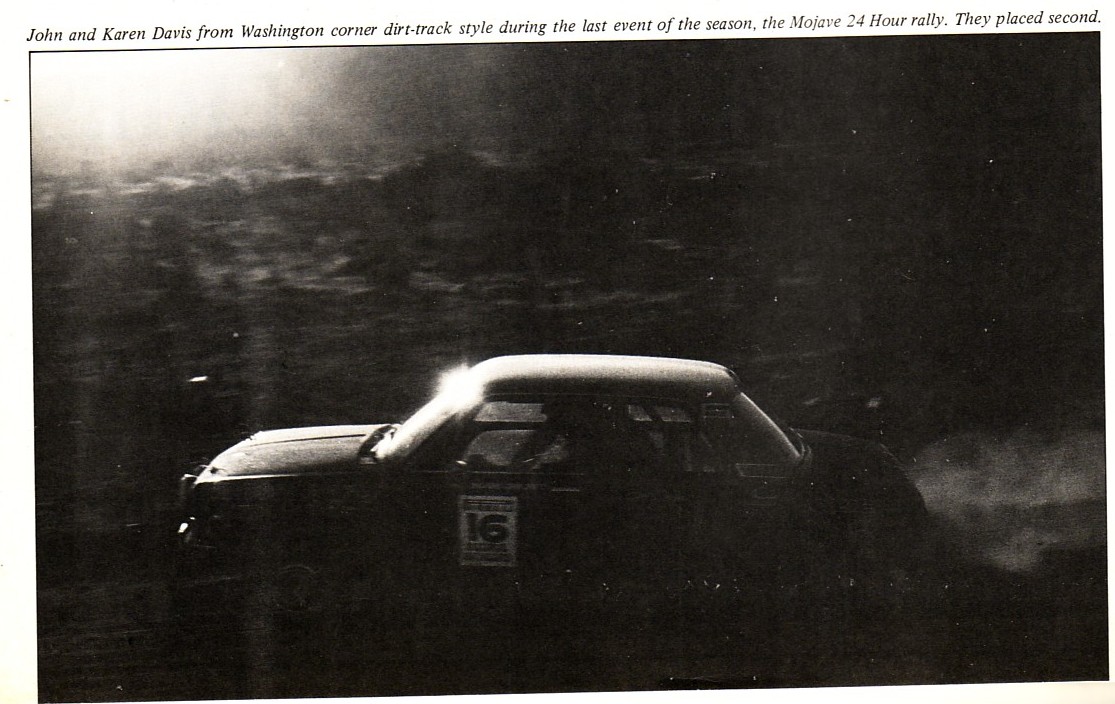 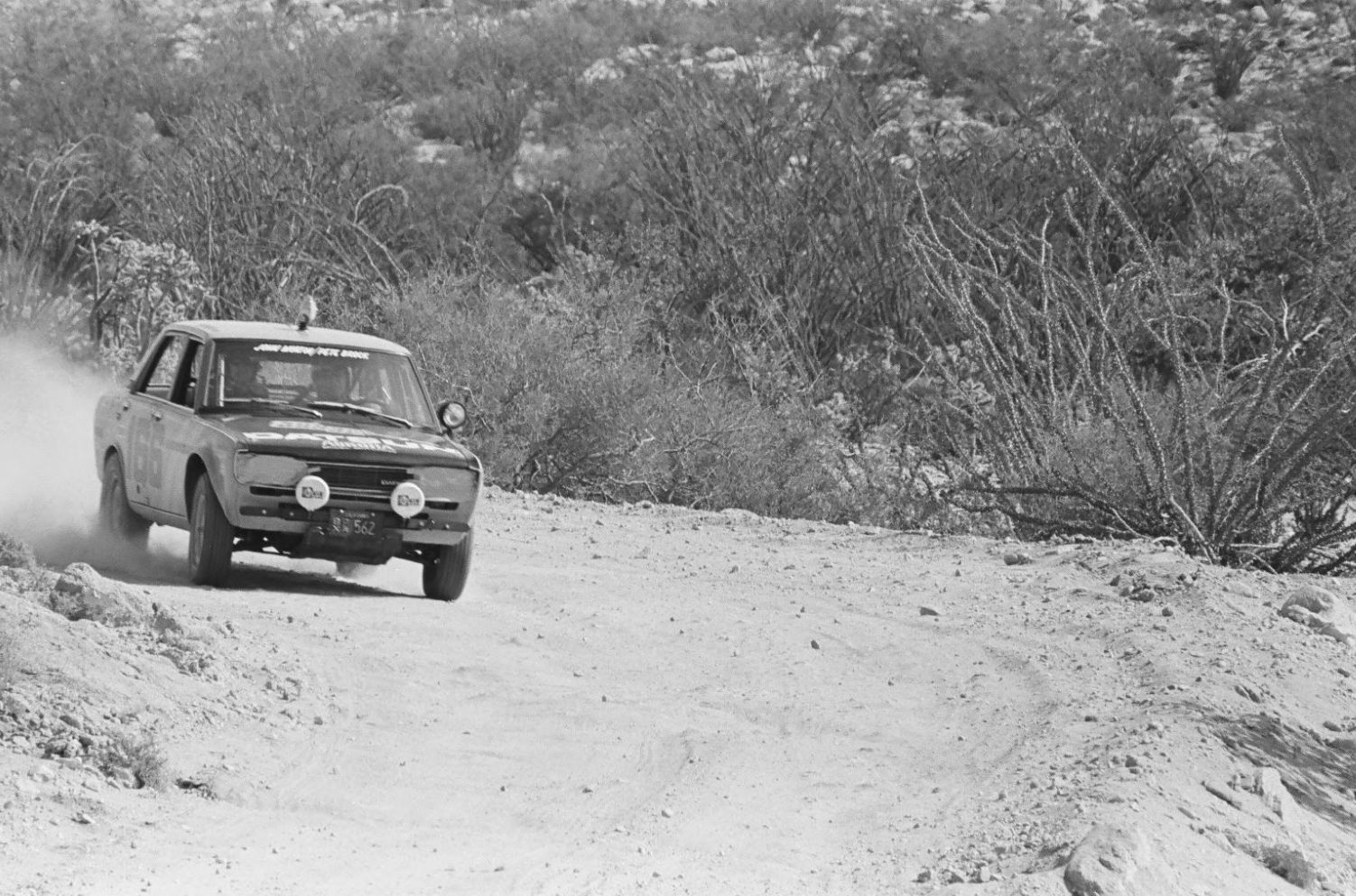 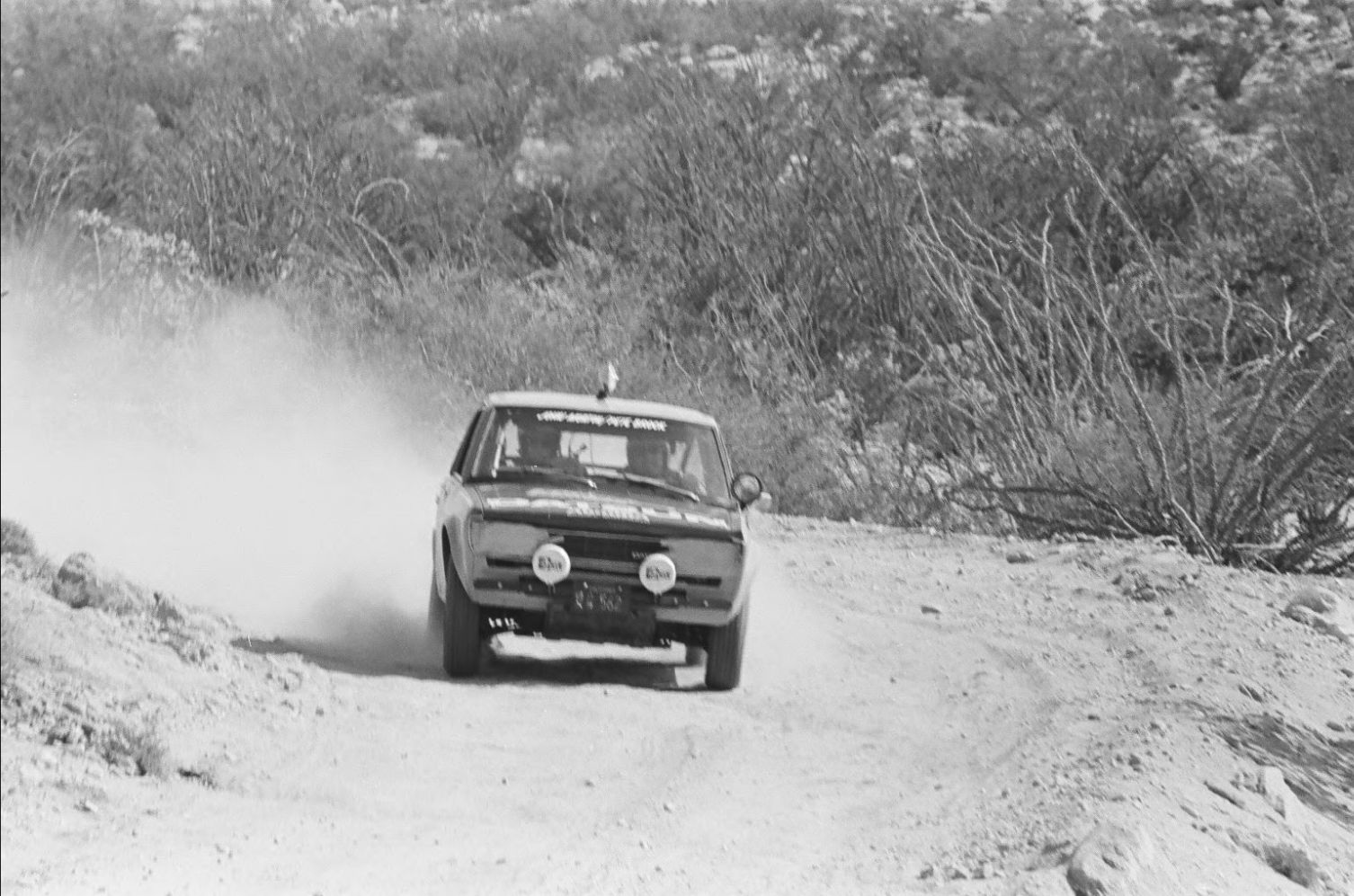