With the current environment, I find I want to share more. Not my TP mind you, but Datsun related technical advice.

In the past year I have done many upgrades to my 69 510 including many brake upgrades. I now have a full Tilton adjustable balance bar dual master thingy installed, and have upgraded the front disks, in fact twice. More on that shortly.

I initially installed a set of the TTT Big Brake kit (wilwood 300mm) that I got locally (ok, Edmonton locally-ish) from another dimer that bought them and never used them. Price made it hard to avoid. Had to get different wheels to get them to fit, but that’s another story.

I was never impressed with the braking power. Brakes are non-boosted of course, and I even tried downsizing the front master from my first guess of 15/16 to 7/8. Didn’t make much difference.

Later came the real wish to have brakes I could fit under smaller wheels, and just like they were reading my mind, TTT came out with their micro-big-brake kit. I of course fell for it. MAde sure I ordered the street pads. (I have the original big brake stuff for sale BTW....)

Guess what. Brakes were only marginally better. Very hard to lock up the wheels on pavement, no matter how hard I press. I even welded on an extension to the bottom of the brake pedal to help with leverage. Again, not really any difference.... sigh.... At least most of the 13 and up size wheels I have now fit. Wonderfulll.

So as usually happens, this is bugging me enough that eventually a memory pops up in my brain about some old discussion about firewall flex and I start wondering about what effect this might have on braking efficiency. My pedal is hard, I’m not dealing with air somewhere, and I have played with the balance bar endlessly making sure I’m getting front pressure and not getting fooled by maybe just having 80% rear brakes or some nonsense. I mean what can moving the firewall mean to how well the brakes work? Eventually the flex stops and the pressure you apply goes to the brakes right? Read on!

This winter one of the tasks was to remove and rebuild the FS5W71B 280zx trans I have in the car, so while it and the engine were out, I decided to build a brace bar that goes between the firewall under the brake masters, over to the strut tower. Did that. I did not take a picture, I will later and post it, but I built a VERY substantial brace. Take THAT you damn brakes I said, if it ain’t this, I’m doing something really wrong.

Of course a couple (or three) of weeks go by and I eventually get the engine and fresh trans back in, and get other things I was doing done (subjects for another thread), and FINALLY have to move the thing out of the shop to make room for the next incoming project car (again, another thread).

I hop in the car, and I’m mostly worried about testing the transmission carefully (pretty much forgot about the firewall brace), so I open the door, fire it up, get it warmed and very gingerly put it in reverse, yup, clutch works fine, going backward very gently, going so slow I just pop into 1st after I back out at 0.00001 kph and take off down the lane, testing each of the forward gears. Yup, all if great, trans shifts and feels great.

Get near to the end of the lane and realize I’m going a bit quick in 4th, and getting a bit close to the T where it enters the street and hit the brakes the way I always have, not even thinking about my brake changes. Might be stupid I tell myself, but hope they work!

So long story long, my firewall was flexing SO much that it was taking up 90% (large number used for effect ) of my leg force and NOT converting it to hydraulic pressure for the brakes! This is a major issue in my opinion, I had no idea how severe it can be.

I had welded in 1/8 thick plate in place of the old firewall in the pedal box area (about 5x8” or so) to adapt the Tilton masters (two for the brakes and one the clutch as well, 5/8”) and have most of the stock pedal box in place as well, so was not expecting this much flex.

Get a friend, have them look at the firewall while you press the brakes as hard as you can. You just might be surprised....
Top

Well something changed for the good.

I just can't see how you couldn't lock up those 13" tires. If you step down into and weigh yourself on a row boat that sinks down into the water it will read the same as on dry ground. On the brakes, your foot and pedal would travel farther with firewall flex, but the push rod and the master would remain the same.

Could it be that the firewall flex allowed the pedal pad to bottom out on the floor????? This would explain the hard pedal and the fact that the tires wouldn't lock up.
"Nissan 'shit the bed' when they made these, plain and simple." McShagger510 on flattop SUs
Top

I admit my observations are not without other possible explanations, but only two things changed in my case. The installation of the brace, and of course I had to re-bleed the front circuit.

The pedal was not bottoming out, I don’t mean by “hard” metal on metal stop dead, I mean, as far as brakes go, the pedal is as firm as I’ve ever had it. It was firm before, and the brakes workEd well with heavy pedal effort, it was just I was unable to get lockup without being on gravel or loose surface. The brakes felt good, ie good modulation with added pressure, it’s just that now, the entire experience is as if I just installed power brakes. I did take the car for a 20 min drive highway and neighborhood, and the brakes just work so much better now over all.

When I get a chance, I will take the brace back out and go for another drive. That should prove very interesting to see if the poor brake performance returns or not. Might be a while....
Top 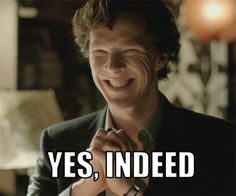 "Nissan 'shit the bed' when they made these, plain and simple." McShagger510 on flattop SUs
Top

All the force travels through the brake assembly and generates pressure whether the firewall flexes or not. It sure feels better when the firewall doesn’t flex though.
'72 2 door KA project | S14 RB26DETT (sold)| S14 RB25DET | '90 Audi 90Q20V (sold)
Top

Is it possible, that the brake pads have a fairly low coefficient of friction until they get some serious heat in them? As the rotor size and "racey" pad packages go on, it does take some heat to get things grippy.

Even with the softest pad I could get for my setup, those first few attempts at slowing don't feel super great.

When I think of all the Specialty 510's for road racing, Andy only had an aluminum plate for mounting the master, nothing tied to the frame or other wise (Tilton stuff aside).

Which caliper EXACTLY are you running? I have lost where you are. If an older caliper, the caliper itself could be opening up enough to give a crappy pedal, been there done that with the EARLY JFZ/WILWOOD DYNALITE CALIPERS. We measured it and it was just amazing!
"Racing makes heroin addiction look like a vague wish for something salty" - Peter Egan

This is the package I’m running now

Had them on before and after brace installation. About the only other change might be the static pedal height, ie how long the push rods are now verses before. The pedal is a bit higher I think.

It’s just such a profound difference, that I’m searching for an explanation. My engineer mind is struggling with why the flex change thing makes a difference also.
Top

Dude you should have went the other way with your master cylinder. A 1" master would have made the brakes feel easier to engage.

Did you TTT big brake kit feel warped? A buddy got a set and they felt terrible. I've always just used bigger factory parts.
"People don't like it when shit doesn't match their rule of thumb." Sam
Top

Just for a lark, put a measuring caliper across the mouth of the caliper if you can, step on the brakes and see if it opens up a bit, ie flexes
"Racing makes heroin addiction look like a vague wish for something salty" - Peter Egan

What is your rear brake setup?
Duke Schimmer

That is a good question, as they can affect feel too.

Way back I fought a crappy pedal and it turned out it was those stupid Aluminum 240Z drums, that you just HAD to have, that would "bell mouth" when they got really hot! I went back to the cast iron and problem solved.
"Racing makes heroin addiction look like a vague wish for something salty" - Peter Egan

just for fun I set the dial indicator up on the magnetic base to measure the deflection.

base to cowl, pointer positioned on the forward cap: upwards deflection measured .010

this was done on 6inches with a stock bits on fire wall and I was standing, foot on brake , stretchered around the hood to see.(not full braking )

How would it be 'lost travel'? If applying 150 pounds of foot pressure to the pedal both times, the only change is the master moved 0.030" ahead and presumably the pedal and your foot. I doubt you could feel 0.030". The master still 'sees' 150 pounds, times what ever the mechanical advantage of the pedal lever gives, and turns it into brake line pressure. So your foot travels an extra spark plug gap more. It does the same work.
"Nissan 'shit the bed' when they made these, plain and simple." McShagger510 on flattop SUs
Top

Rear brakes are stock drums, all new everything, cast iron drum. Did not touch them before and after brace install.
Top

Pictures of the brace.

The turnbuckle is M14 x 1.5. Bit of overkill, but it’s what I had laying around.