Nice colour choice! I was just looking at that over at www.rennbow.org the other day.
Russell
Top

1/2 time in the Aussie Rules Grand Final...time for a quick update.

Not much done over summer with work and family but have been going hard since the kids went back to school. Spent ages finishing up a never ending list of small stuff/ rust repairs and cleaning up for paint. just when I thought I was done, I found this one... 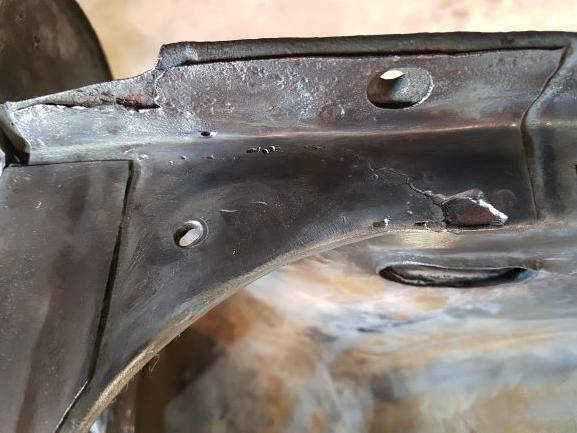 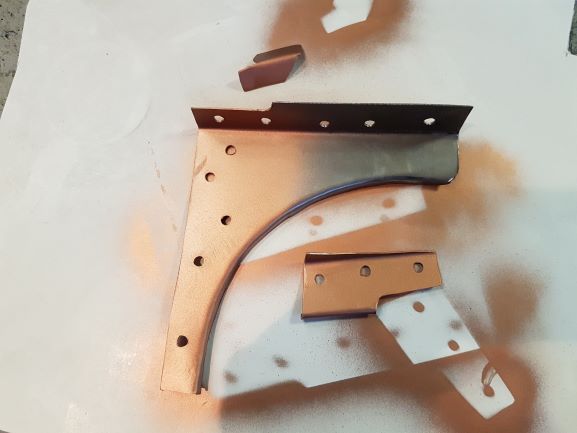 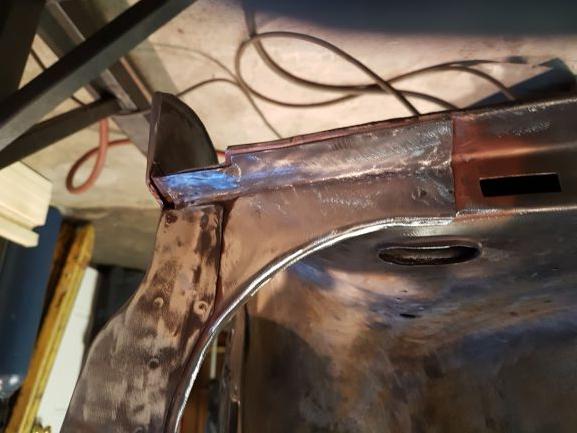 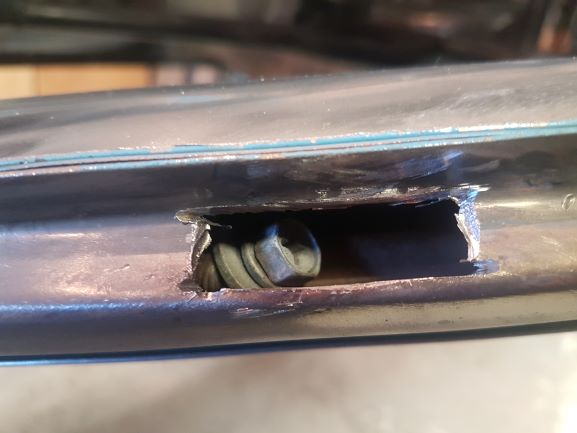 I really wanted to keep the spare wheel well but it was too much work to save it. 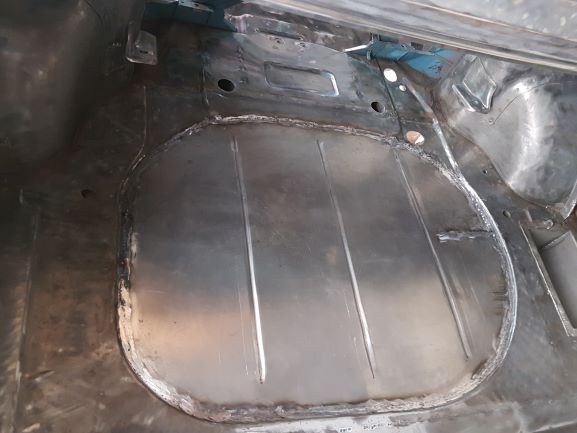 I spent ages cleaning. Used a bit of media blasting to get into the corners....No sure if it was worth it, so hard to get rid of it all before painting. 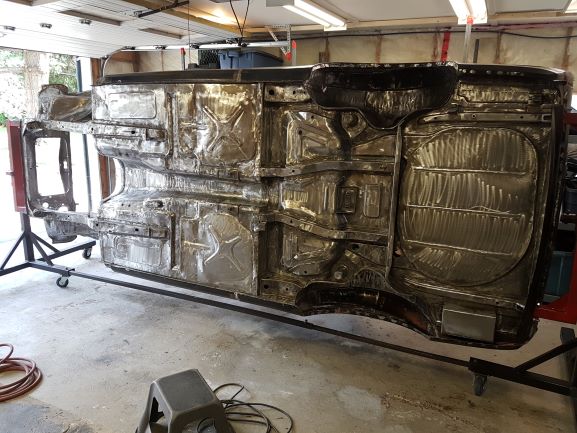 I didnt want to put too much heat into the roof, so used Aircraft Paint Stripper....nasty stuff but works. 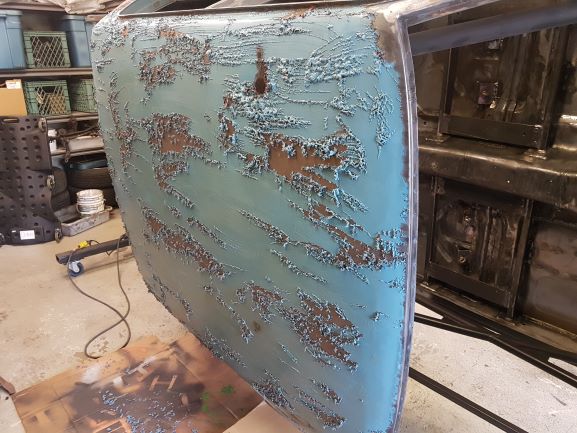 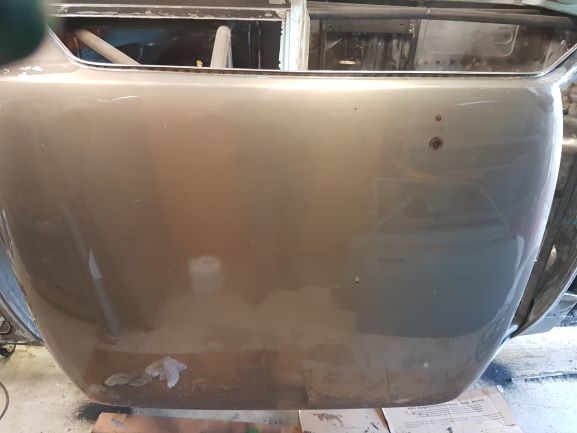 Epoxy.. Epoxy/ seam sealer/ epoxy. Didn't get pics of the seam sealer. Also missed pics of a bit of filler work in the engine bay. 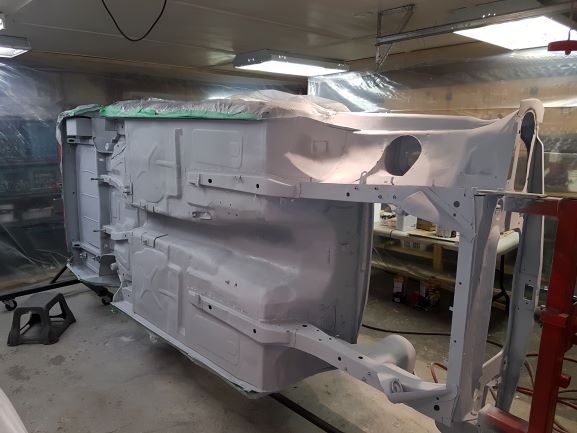 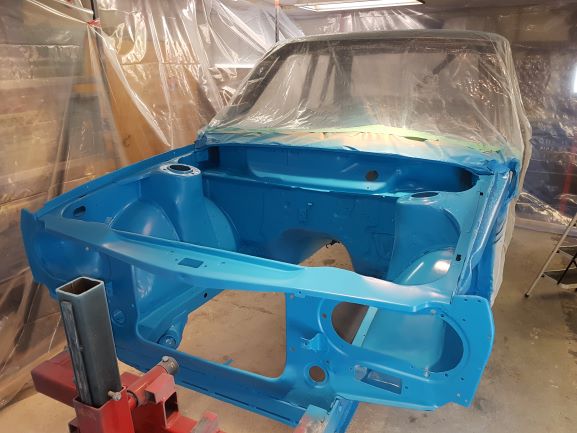 Clear....felt so good to shoot this today. The light makes the colour look weird in this shot. 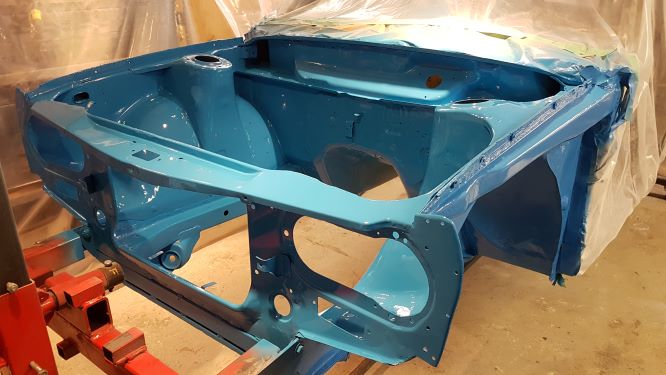 I've been collecting a few parts along the way. Having grown up in Australia, I'm a fan of the smaller side markers. The fenders that came wih this car are really cruddy fiberglass, so I picked up a reproduction set. The fitment of the lights need a bit of work. 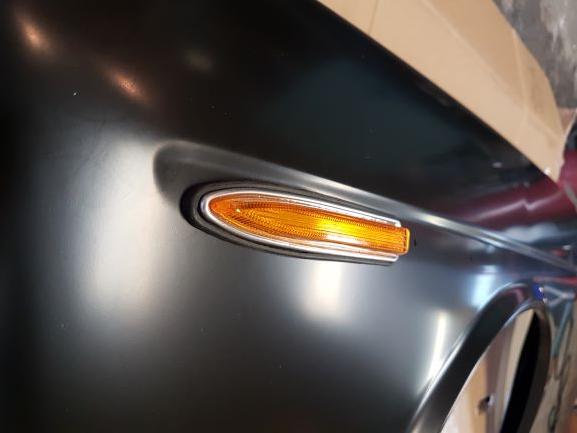 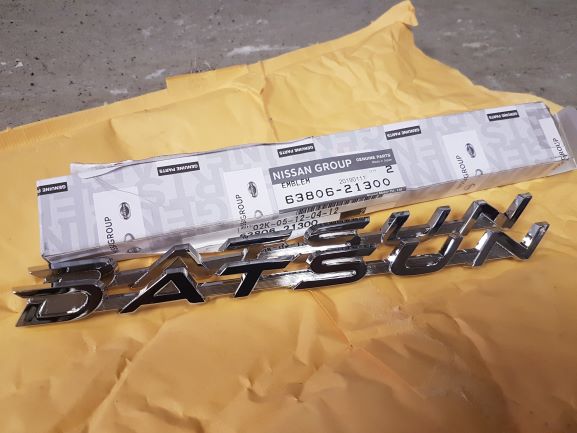 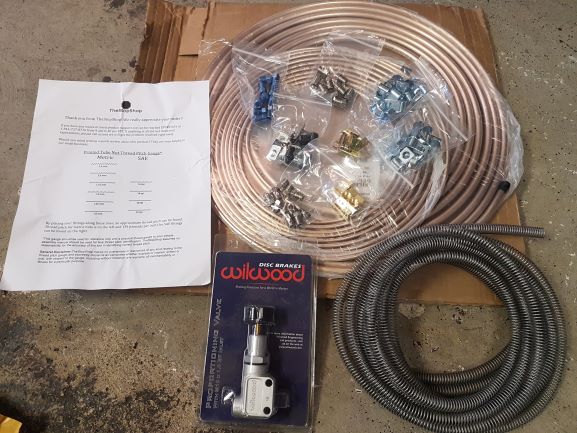 Next up is to finish the underbody and get the inside cleaned up and painted.
Top

That Mexico Blue is absolutely one of the best vintage car colors bar none. It's looking great.
Top

Got the under body finished. Its good from afar... but I'm happy with it. Mostly I'm just glad that none of that black stuff got through a hole into my nice clean engine bay. 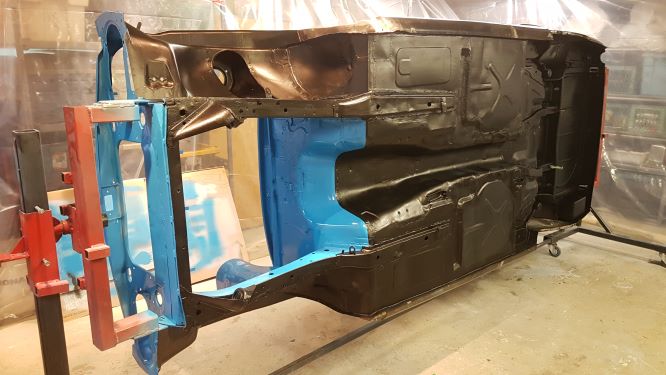 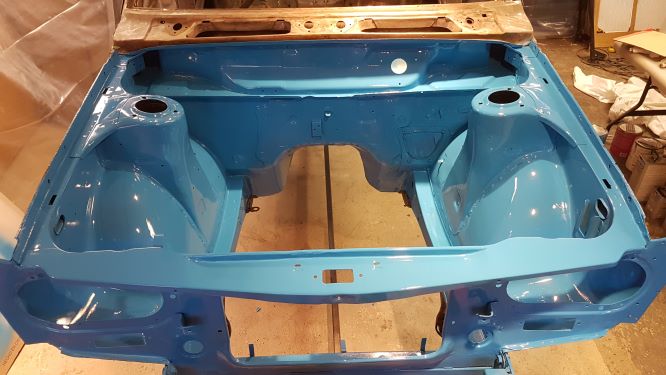 Nice job so far. We did many of the same rust repairs.
If all else fails... try again
Top

Mark, I've been watching your build; you and the boys have been doing an excellent job. Its interesting to see how our cars had perished in the same spots. Really looking forward to being out of the rust phase.
Top

brake parts a kit or did you piece it together ? to keep the zinc on line nuts sparkling use some clear epoxy and assemble with pbr rubber grease. copper alloy lines flare nicely and a bit of 0000 steel wool polishes them up great! ss gravel guard is available at sumit

Thanks for the tips RMS. I have a full set of 280zx brakes that I will start with. The fronts came with the struts. I have refreshed them with new pistons seals etc. The rears are reconditioned. I have a handbrake handle from (I think?) a 240sx and will hook up the park brake.
Top

The interior is painted. Primed, seam sealed, base and clear. Painted the cage first, then taped it up (PITA). Got a bit of orange peel in a couple of spots but nothing terrible, and mostly in places you cant see. 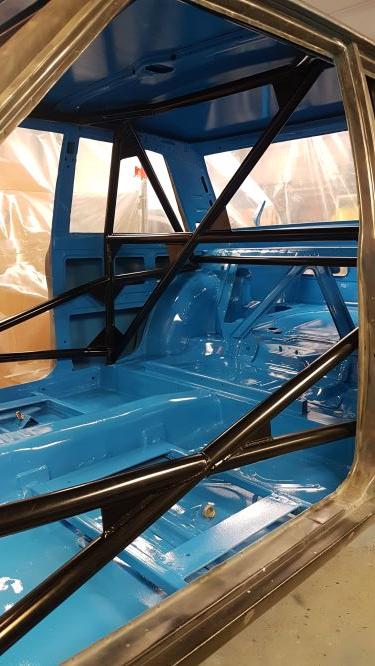 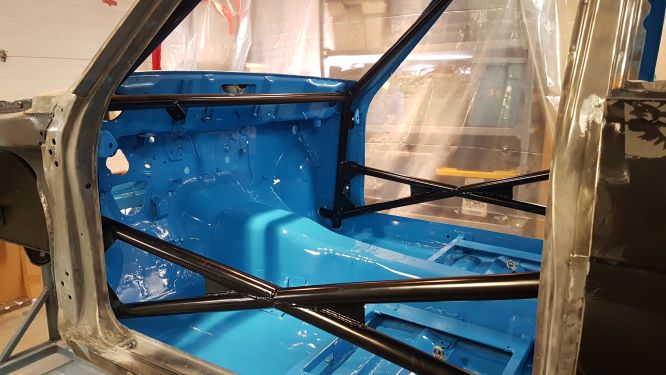 Where is the shifter hole?
"People don't like it when shit doesn't match their rule of thumb." Sam
Top

The hole was kinda ratty, so I sealed it up and will cut a new one.
Top

Few! Thought you were going auto.....
"People don't like it when shit doesn't match their rule of thumb." Sam
Top
Post Reply
120 posts