Couple months I deleted Instagram on my phone and haven't seen pictures of your car for a while.

But DAMN ! The car looks sick!

A few times there I was ready to throw my toys out the pram but it's finally home and once I've finished building the house, I can finish the car.

I've had a few big boxes from Japan arrive this week with enough parts to get the car running but one step forward, 2 back. I need to re do all the brakes and everything was seized along with the clutch master/slave.

Decals applied now and it looks so cool: 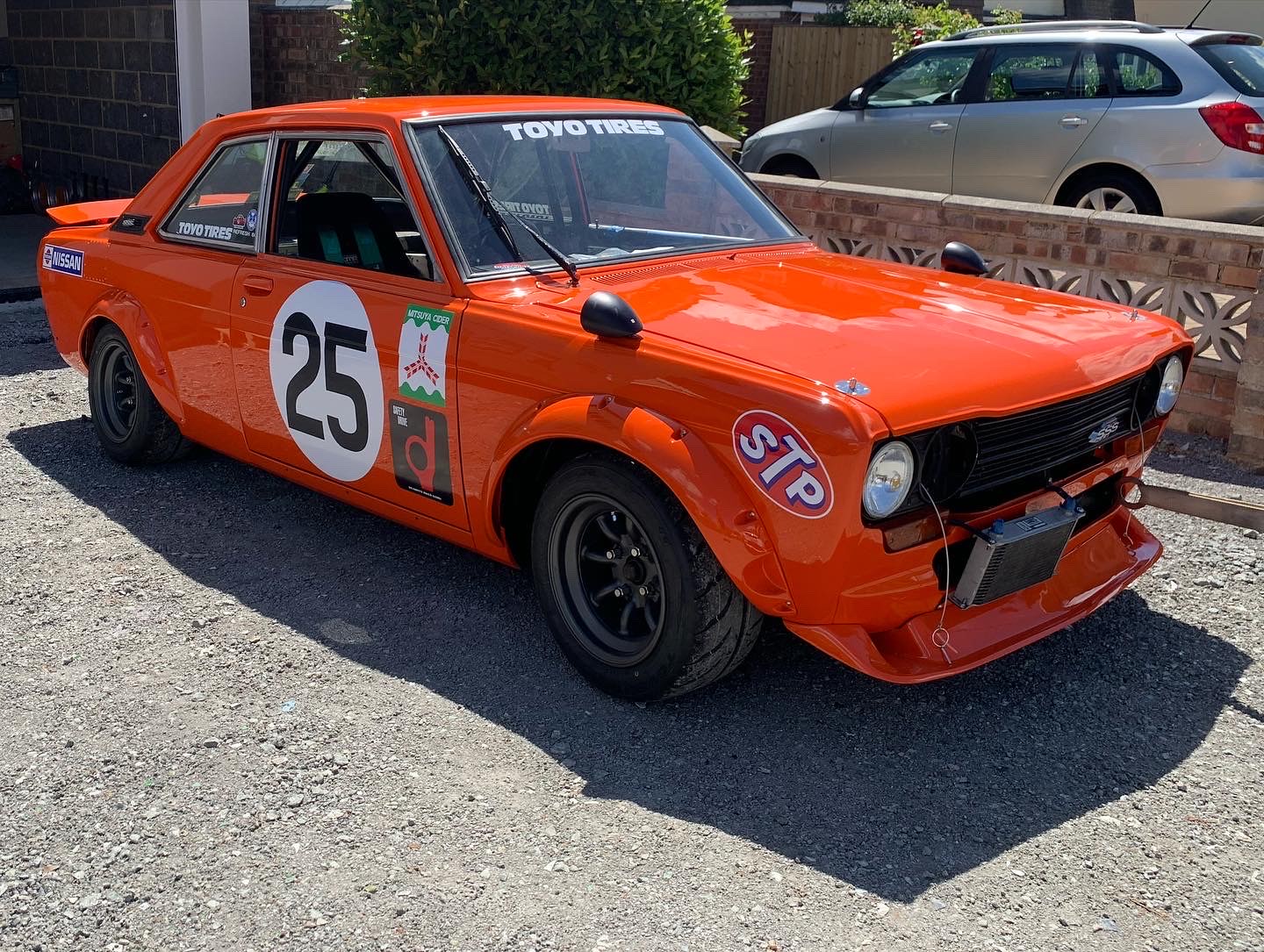 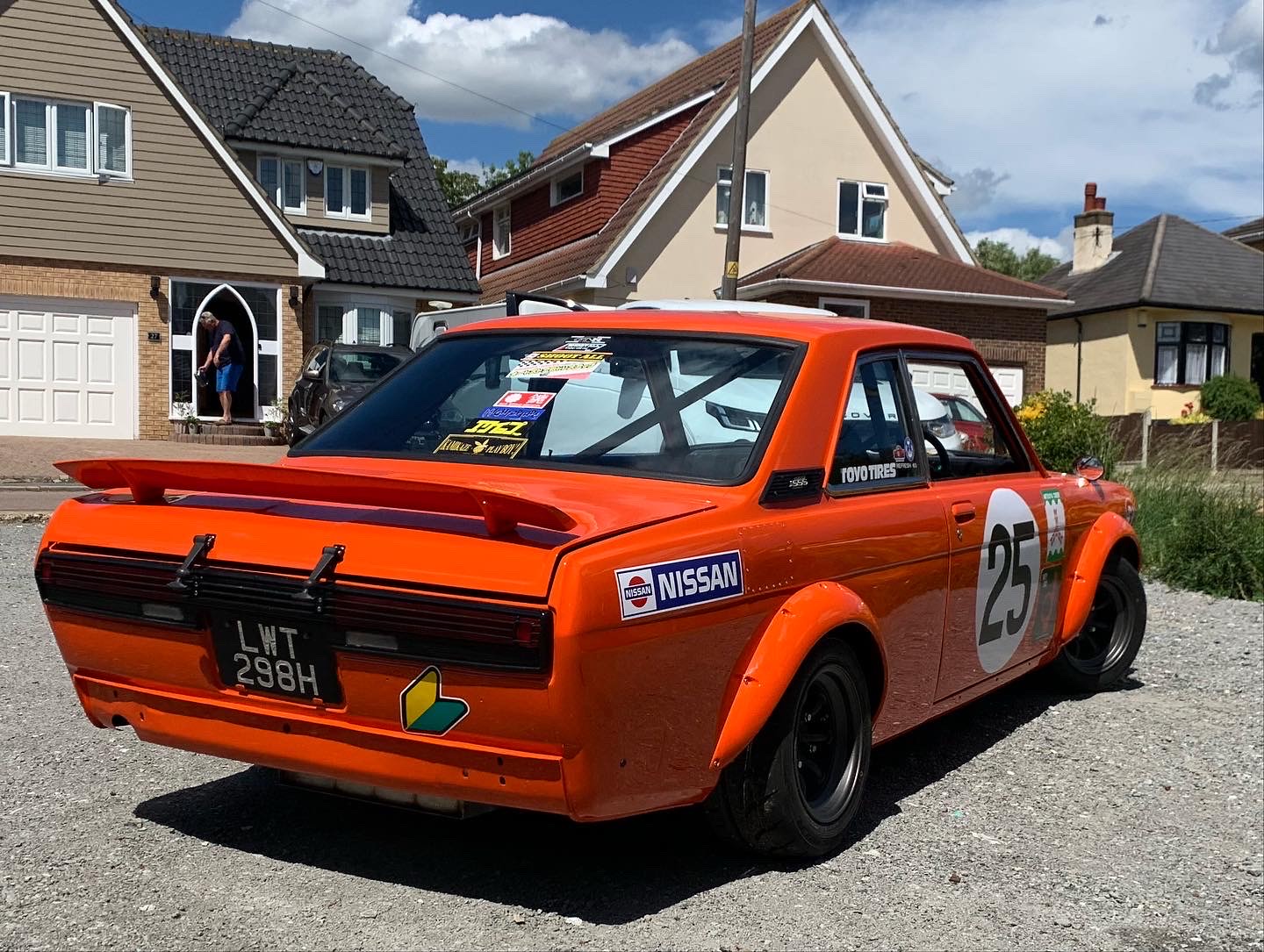 Looks great. You have come a long way.
Top

Thank you. I often go back over my 8 years worth of photos and find it a bit of an emotional rollercoaster. I'm so close now to finally being able to drive it but it's still a long way off the final vision.
My P510 Bluebird SSS Coupe www.the510realm.com/viewtopic.php?t=26929
www.kikiichiban.com
https://www.instagram.com/kikiichiban/
https://www.youtube.com/channel/UCBP1x8z2IBvfs-MQH2Gc73Q/featured
Top

I think your 510 is the only one that can actually pull off an oil cooler mounted outside the grill.
Top

Funny I'm thinking the same. Normally not a big fan of over fenders, spoilers etc.. But it seems all well balanced together with the flashy paint. I love it!

I agree, although I definitely am a fan of over fenders and front spoilers!

Werner
Even the pain is fun.
https://www.instagram.com/dutchydatsun510/
Top

It really looks amazing....I know you've faced some challenges over the journey, however congratulations in persevering and working towards realising your vision.
Such a cool car, have loved following this build!
Top

Had a little rant on the 'what did you do today...' thread, I'll update here.

Life has changed a lot in the past 8 years of owning and restoring this car. I've gone from a care free mountain bum in Chamonix, snowboarding, mountain biking hiking and living life to the full to a married, father of one, home owner with a professional career, renovated a house and built another and now knocking on the doors of 40 (<-- could be the reason why I'm grumpy)

The car was running and driving, not perfect, but it started up relatively easy, went through the gears and stopped. Success!

Life got in the way, I went to Amsterdam for work, then Greece for a holiday and with the passing of HRH I got a 3 day weekend so spend one of those days on the car, first thing that was odd, even though I have a battery cut off switch, my battery was dead. Charged it up, got on with some adulting and delayed my car day until the next.

(This is how I was told to wire in my alternator, I guess having the alternator directly connected to the battery + might be the issue) 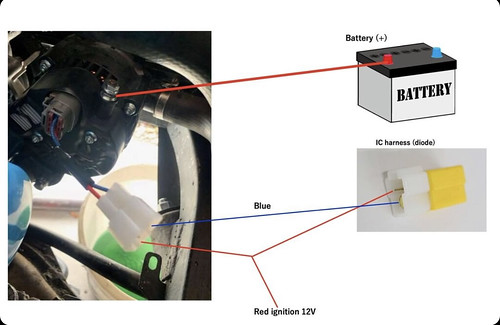 Car started up, idled nice, went to move the family SUV out the way, come back to the Coupe and it had died and then refused to start. Plugs out, no spark. Went through every cable and connection, earth etc, no faults found. 12.38v on the coil, 0.6ohm resistance. That's where my knowledge ends.

I did notice some oddities and have spoken to a couple people about this but using forums and people as a sounding board helps me process and understand.

I think my Wake CDI has broken. I do have a new in box Kameari unit that I am going to swap in when time allows, hopefully this resolves it but eventually I will need a new loom making as mine is a right mess. 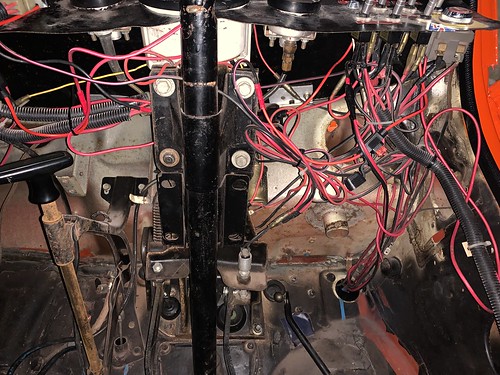 Arguably, none of the ignition parts on my car are needed, but I've been told to remove this: 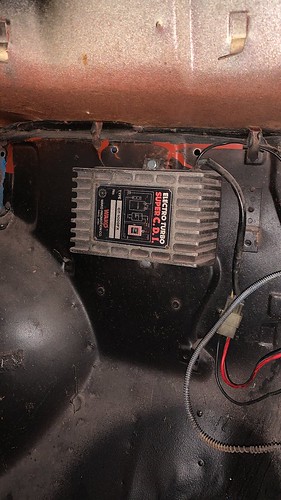 This is what I think has failed and I have a new one to test: 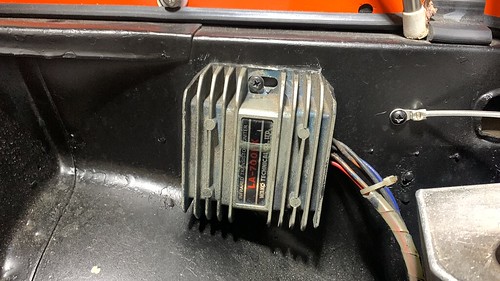 And this is the 12v from the fuse box to the CDI. Slight worry. 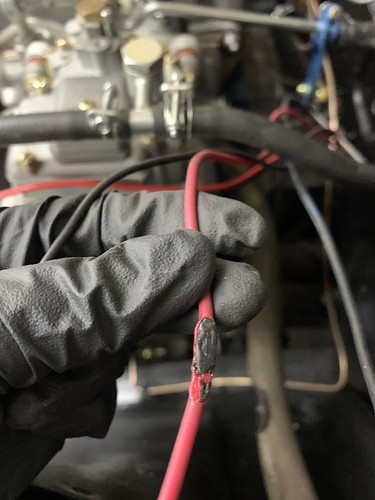 Even googling those parts leave me with question marks. But it sounds like you have a plan.
Werner
Even the pain is fun.
https://www.instagram.com/dutchydatsun510/
Top
Post Reply
207 posts