I've been running my Tomei 1.5 way LSD for a few years now. It's always been clunky and noisey as clutch type LSDs tend to be. I've gotten tired of it driving on the street and I'm considering going with a Quaife ATB helical LSD.

I know that the draw of the clutch type is holding power, adjustability, and traction all the time. Downsides are that they are noisey and require more frequent maintenace.

The ATB is low maintenance, quiet, and also puts the power down. The draw back would be if one tire has no friction (lifted, ice, etc.) there is no power to that wheel.

I'd like to know some of your thoughts on this. I do 85% of my driving on the street and the rest is autocross and road course stuff. The car makes about 325whp and I'm currently running the new Bridgstone Potenza RE71-RS 205/45/16 with hopes of running a 245 in the future. I do have a longnose R200 with CV axles from a Z31 and there are plenty of LSD options for the R200 through S chassis cars. I don't plan to make more than 400whp ever as traction is already limited at my current power level. I don't want to drop $1000+ on a new LSD and set it up only to have buyer's remorse. I'm definitely leaning toward the Quaife unit, but I wanted some feedback from more experienced members before making a decision. 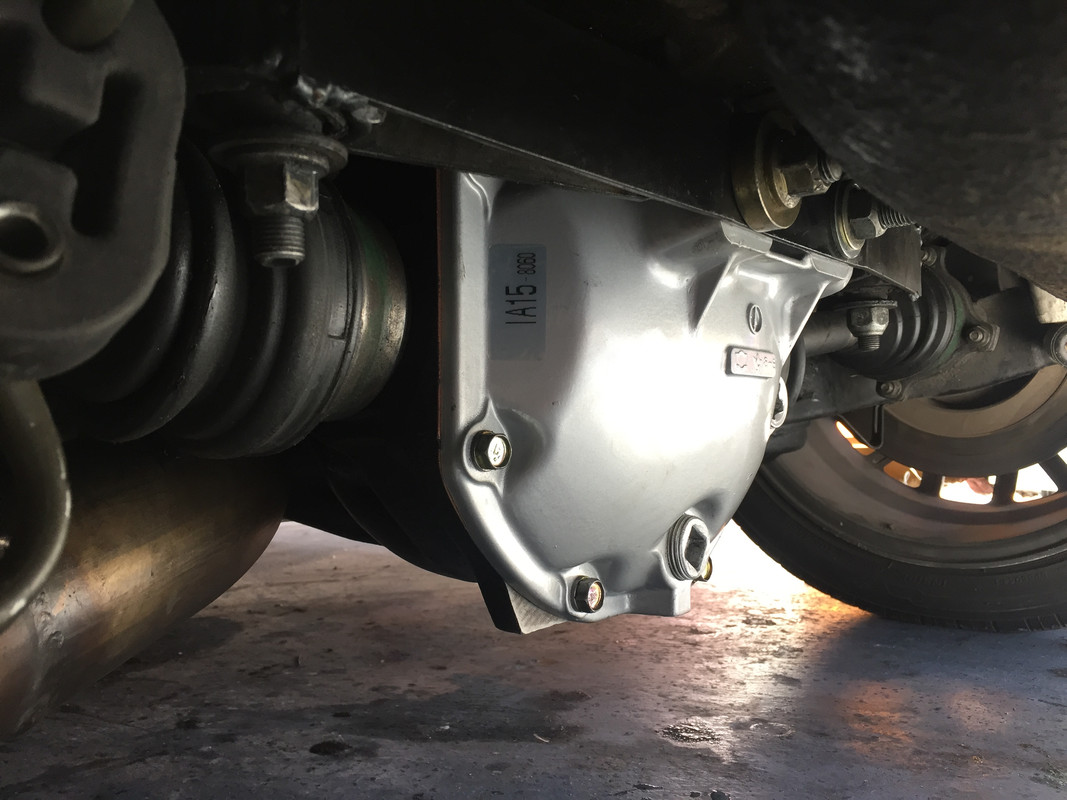 Maybe it needs more slippy juice in the oil. Only one I have that clunks is in the racecar. We don't run any slip additive. All my other cars you can't even tell it has a LSD until you unleash the boosts.
"People don't like it when shit doesn't match their rule of thumb." Sam
Top

When I first put in my Nissan factory LSD, with some "slippy juice" as Jeff said, it was only kinda clunky on my race slicks, on tight slow speed turns navigating the pits. I think I have it set around 45-50 lbs breakaway. I only make 250 to my rear wheels. Over the years of competition and now street only, it makes no noise whatever. I have not put any diff additive in it now for 20 years. I run a Motul gear oil.

I kept my boost at 16 PSI as the balance of traction on 9.5" wide Goodyear slicks was just perfect for power application out of corners with minimal, controllable wheel spin. Excessive wheel spin, as you well know, can cost a few hundred's of a second, not great in a competitive class.
"Racing makes heroin addiction look like a vague wish for something salty" - Peter Egan

I'll try to add some "slippy juice". I currently run the expensive Tomei LSD fluid. It doesn't say to add anything else, but I do have some Ford "friction modifier" laying around.

I'm also wondering if everything is working correctly. I did get what felt like slip last week at autocross on a 130 degree bend. I was still feeling out the car after months of not racing and it's on new tires.

I've been daily driving my 74 Z, it has a stock STI clutch LSD and you don't even know it's an LSD until you side step the clutch. Maybe the tomei breakaway is to much for street driving.
"People don't like it when shit doesn't match their rule of thumb." Sam
Top

The early WD21 Pathfinders had high breakaway LSDs but after '96 they were reduced to (I heard) about 18 pounds making them all but useless. Too many soccer moms complaining about chirping and wheel hopping pulling out of driveways on a vehicle that never went off pavement anyway.


LSDs.... great for level straight ahead acceleration where traction conditions are poor or engine power is excessive. Designed to lock the two differing tire speeds together and at the same time designed to decouple based on tire traction and break away setting on corners that are anything but predictable with changing pavement cross fall, up or down hill, wet or dry and chassis weight shift from side to side.
"Nissan 'shit the bed' when they made these, plain and simple." McShagger510 on flattop SUs
Top

icehouse wrote: ↑22 Sep 2022 12:13 I've been daily driving my 74 Z, it has a stock STI clutch LSD and you don't even know it's an LSD until you side step the clutch. Maybe the tomei breakaway is to much for street driving.

That was kind of my thinking. This is meant for an S chassis car with likely more power than I'm putting down. The shorter wheelbase and track width of the 510 may not be ideal for this particular unit. I did swap one disk when I assembled it in hopes that the breakaway torque would be more managable. I still haven't tried more slippy juice, but hopefully I'll get to test it tomorrow.
1972 Datsun 510
7-bolt 4G63T, EVO 9 pistons & rods, Garrett GT2971R, "Flipped" Stock Intake Manifold, Toyota R154, Z31 R200 w/ CVs
Top
Post Reply
7 posts • Page 1 of 1